As The Cro Cro Flies 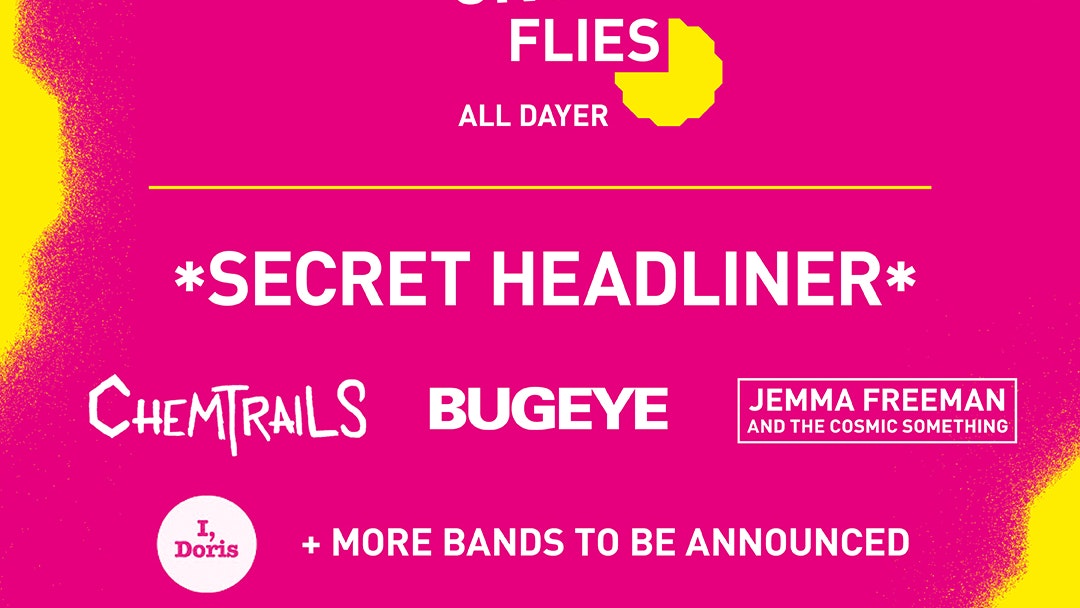 Cro Cro Land’s little sister, As the Cro Cro Flies, comes to Manchester for a day of explosive punk, rock and indie bands celebrating female and non-binary musicians. This is an inclusive event. All are welcome 16+
Bands include:

SECRET HEADLINER – TO BE ANNOUNCED

Chemtrails
Chemtrails are a 5-piece garage-punk and acid-corroded new-wave band signed by Swedish label PNKSLM Recordings. They have gained a reputation for their prolific DIY output and high-energy shows and songs with cryptic lyrics that center around alienation, love, the human condition, the impending apocalypse and occasionally on Mia Lust’s place in the world as a transgender woman.

Bugeye
Signed to Reckless Yes Records, Bugeye are dirty guitars, disco beats, sizzling synths and exploding bass riffs that accelerate into the catchiest hooks. Be prepared to hit the dancefloor and join the revolution. With lyrics touching on subjects from the mundanity of modern city life, to global issues such as racism and climate change, tunes come wrapped in a riotous optimism that demands you to dance.

Jemma Freeman & The Cosmic Something
The solo project from Jemma Freeman, best known as the songwriter and guitarist in Bella Union signed dreamy-psych band Landshapes, is a non-binary drag fronted alt/glam/psych/pop band making waves across the nation.

I, Doris
I, Doris are a “mummycore art-pop foursome”, comprising 3 of LOUD WOMEN’s key team members – Cassie Fox, Lucy Morgan, and Abby Werth– plus a rolling, Spinal Tap-esque conveyor belt of drummers that have included Crack Foxes‘ Louisa Edwards-Knight (the official drummy Doris) in London, the Mekons‘ Jon Langford in Leeds, Party Fear‘s Eilis Frawley in Brighton, and T-Bitch‘s Stevie Ramjet in Newport!Their set is a mix of electro-punk witty-lyric bangers, and covers selected for their originally problematic sexual politics, rewritten with a feminist bent and heaps of humour. + more to be announced.

+ More bands to be announced.