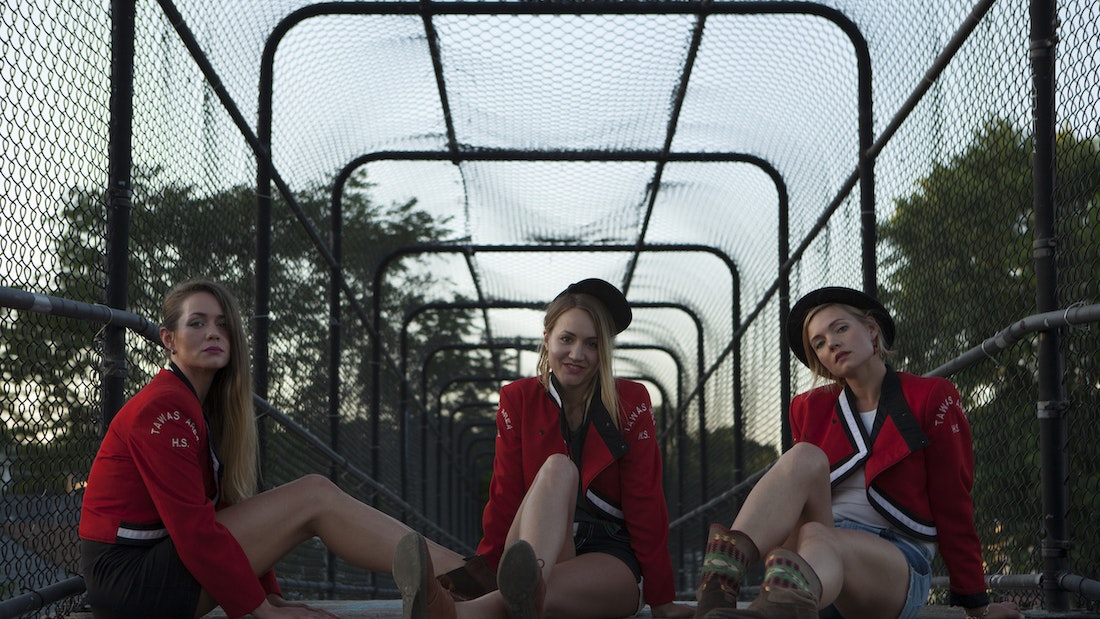 Baskery is built on, however not limited to, what three people can do together.
It is all about turning the music on its head, blending the straightforwardness of punk with the subtlety of singer/songwriting. Expect the sounds of “banjopunk”, “new folk”, “nordicana”, an energetic live show and killer sibling harmonies.

Since the very beginning of Baskery the sisters have guarded their independence but when approached by Dan McCarroll (former president and A&R) at Warner Music , they felt intrigued to break their indie tradition and make their next record on a major label. In August 2014 they signed a world wide recording deal with Warner Bros Music (Los Angeles). Baskery is one of few Swedish acts to get signed directly to a US major record company. The recordings the made under the term came out as a full length album ”Coyote & Sirens” in October 2018, produced and engineered by Andrew Dawson (Kanye West, Rolling Stones, f.u.n, The Revivalists).

In 2015 the sisters were invited to join legendary artist Robbie Williams as opener and special guests on his arena-tour throughout Europe. Later the same year they also toured the US with Gary Clark Jr and Brandi Carlile.

2017 and 2018 were both equally busy with multiple international tours, including appearances at Bonnaroo, Newport Folk Festival, Arroyo Seco, UtopiaFest and Bottlerock alongside artists like Tom Petty & the Heartbreakers, Red Hot Chili Peppers, Alabama Shakes, Dr John, Mumford and Sons, The Meters, The Avett Brothers and more.