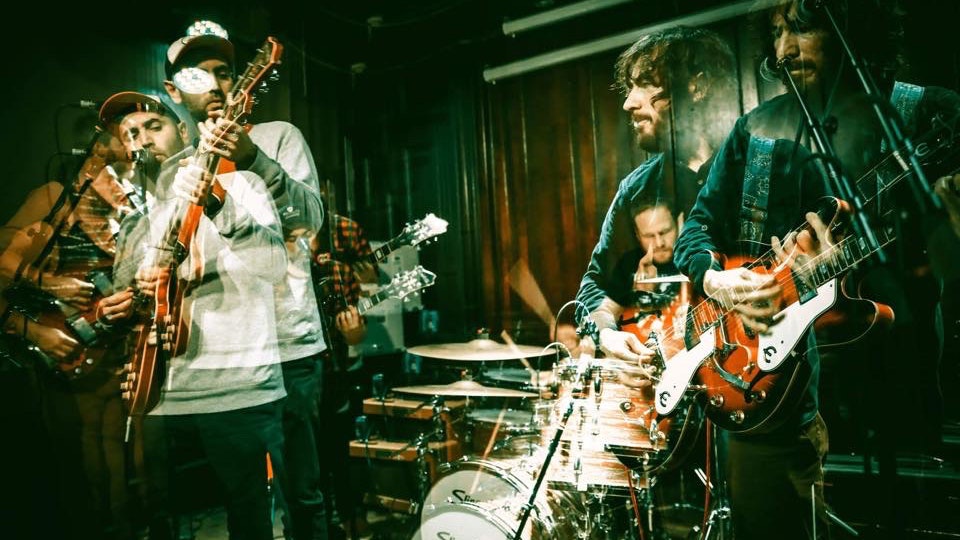 Drenched in hazy rich harmonies, ringing guitars, and horns, the mysterious El Goodo are a ’60s influenced psychedelic pop band from the village of Resolven in South Wales.

The band’s eponymous self produced debut album was released on the Super Furry Animals’ label, Placid Casual, in late 2005 and the band opened for SFA on their subsequent UK tour in 2006. The album was released in the U.S. on Empyrean Records in October 2006.

Following in their own meticulous manner, El Goodo returned five years later in 2010 with their second album, Coyote, which was mixed by Cian Ciárán of the Super Furry Animals; it was released on Dell’Orso Records in the U.K. and Grease Records in the United States.

For their next project, El Goodo set up their own 16-track recording studio in an abandoned movie theatre in their hometown’s Miners’ Welfare Hall and after eight years, in September 2017, finally shared their work with fans on their third album, By Order of the Moose.

August 7th 2020 saw the release of only their fourth album in a 20-year career, Zombie.