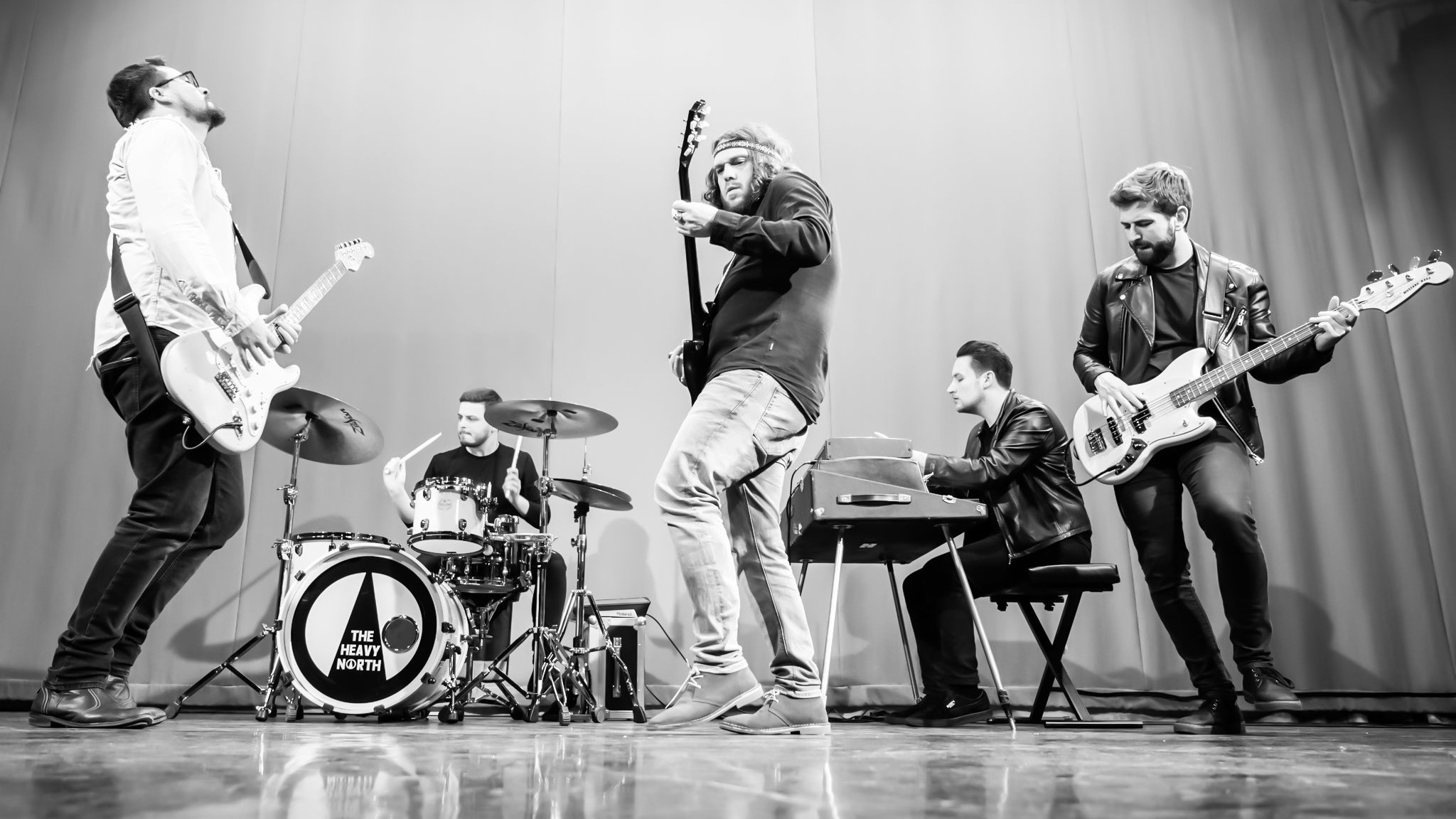 Five-piece garage/blues rock band The Heavy North released debut singles ‘Don’t You Wait For Me’ and ‘The Night Don’t Give No Love’ in November 2018 followed by live shows in Liverpool, Manchester, Leeds and Blackpool.

The band’s third single ‘Some Good Lovin’ was released in June 2019 ahead of a festival debut at the Liverpool International Music Festival (LIMF) and a live session and interview on BBC Introducing Merseyside.

Following a sold-out headline show at Jimmy’s Liverpool in September 2019, The Heavy North released their fourth single ‘As Long As You’re Here With Me’ in December 2019 and played a handful of shows supporting Temples, Saint Agnes and Cut Glass Kings on UK tour dates prior to the coronavirus pandemic in March 2020.

The Heavy North returned in May 2020 with the release of “absolutely stunning” breakthrough single ‘Lying To Yourself’  (as heard on BBC Radio 6 Music, BBC Introducing and Amazing Radio).

In support of the ‘Lying To Yourself’ release, the band played an exclusive lockdown session for BBC Radio Wales with Janice Long and were also recognised as the most-watched artist at the first ever Liverpool Digital Music Festival streamed online in May 2020.

In August 2020, The Heavy North played a live 30-minute full band set at the iconic M&S Bank Arena in Liverpool for the second Liverpool Digital Music Festival online streaming event, clocking up over 15,000 views on Facebook.

On Friday 4th September 2020 the band released ‘Bring Me Love’ – the follow-up single to ‘Lying To Yourself’ –  and announced that both singles would feature on The Heavy North’s debut vinyl EP ‘Dive Bar Blues’ scheduled for release on Friday 4th December 2020 and available on limited edition, hand-numbered 12” vinyl (300 copies).

The Heavy North returned in April 2021 with the release of their first single from their debut album, ‘Darkness In Your Eyes’.