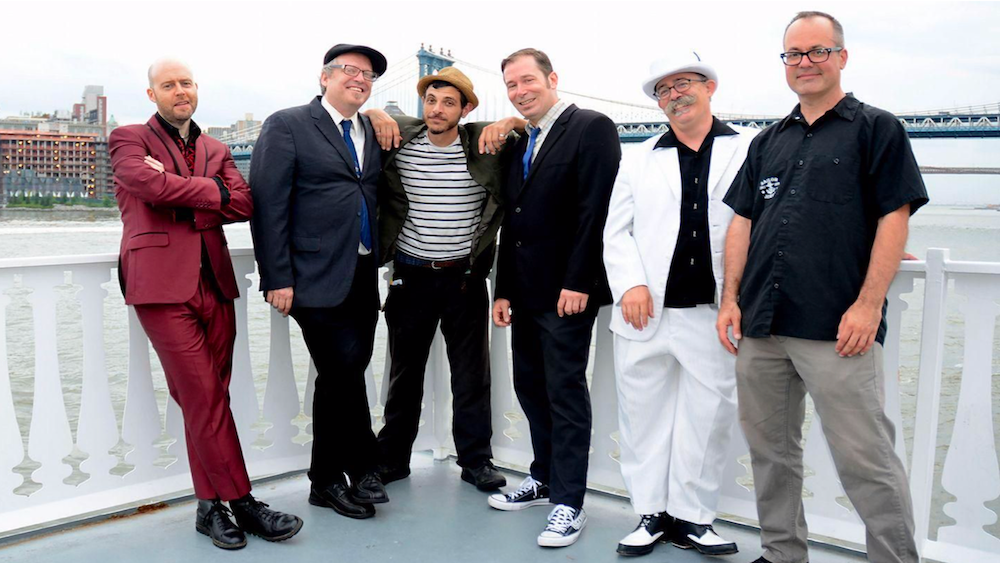 For more than 28 years, the NYC-based and critically acclaimed Slackers have been touring the world with their blend of Ska, Reggae, and Soul.

Since the early 1990s, the Slackers have released fifteen records and countless singles while their live
performances feed their fans with their energetic sets of ecstatic music. And the press agrees: Modern Vinyl says “For some bands, hitting 25 years together seems light years away. For The Slackers, it’s a cause for celebration. The band is deeply rooted within the ska movement, while their “Jamaican Rock n’ Roll” sound sets them apart from many bands today.

Other press state that the Slackers are “the best ska band in the world” (Rude International), “the pick of the US crop” (Metal Hammer), “the sound of New York’ (New York Times), “is about as close to perfect as it gets” (Ink 19), and “one of the best bands in the United States” (axs.com).

Their headline dates in 2018 included venues such a sellout of the Regent in Los Angeles, a sellout of Slim’s in San Francisco, a 2 night sold out stand at the Horshoe Tavern in Toronto, a 3-night stand at Reggie’s in Chicago, and some 90 other shows.

Upcoming gigs include the ‘Big Slack Give Back’ free summer concert series, a 3 night stand at the Kingsland in Brooklyn, the Sierra Nevada Reggae Festival, and a 24 date tour of Europe. Looking to fill 30 more tour dates by the end of the year! See you there!

The band is currently touring behind their latest single, ‘Wrongful Suspicion’ on Badasonic Records.